The first visit was an opportunity to recognize the economic and educational potential of Kazakhstan, as well as customs, culture and intercultural differences. An important element of the talks was also the situation of the Polish diaspora, as well as of many other nationalities living in this vast country. The meeting with the Ambassador of the Republic of Poland to Kazakhstan, Selim Khazbiyevich, as well as with representatives of the Assembly of the People of Kazakhstan, the consultative and advisory body of the President of Kazakhstan, representing the interests of the peoples living in the republic, was of great value. 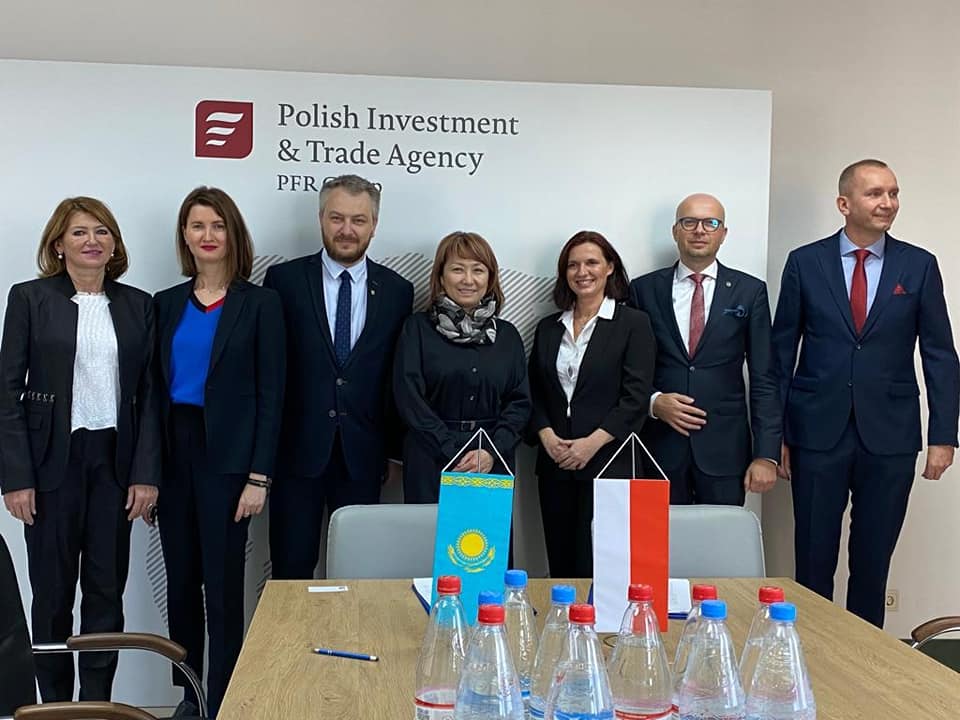 Collaboration in the academic field

The Wrocław delegation consisted of ARAW representatives responsible for academic promotion, establishing relations with educational institutions and the implementation of the Study in Wrocław project.

As part of the development of academic cooperation, the second agreement was signed with the University of Energy and Telecommunications in Almaty (АУЭС - AUES University). It is one of the most famous universities in the field of energy and telecommunications in the Central Asia region. The signed memorandum opens the way for universities participating in the Study in Wroclaw project (including Wrocław University of Science and Technology present during the delegation) to establish relations in the field of research and education.

Kazakhstan is a very fresh and dynamically developing market. He had the opportunity to present his potential to a wide international audience during the 2017 EXPO World Exhibition in Nur-Sultan (which at that time was still called Astana). The regional office of PAIH - Polish Investment and Trade Agency is located in the country. It was the meeting with its representatives that helped to better understand the potential and priorities of Kazakhstan's economic development. No less important was the exchange of experiences with representatives of Kazakh Invest (Региональное представительство АО «НК« Kazakh Invest »в г. Шымкент), which, like PAIH or ARAW, promotes investment potential, attracts and supports investors.

Meanwhile, during the meeting with the Chamber of Entrepreneurs of the Republic of Kazakhstan, "Atameken" (Национальная палата предпринимателей Республики Казахстан "Атамекен"), the participants discussed the creation of appropriate conditions for the development of entrepreneurship in Kazakhstan and the opportunities for the development of Atamen in Kazakhstan. The representation of Wrocław also hosted the Astana Hub - a government startup support initiative, which also acts as an incubator for a unit that creates entrepreneurship development and exchange programs as well as training for young innovative entrepreneurs.